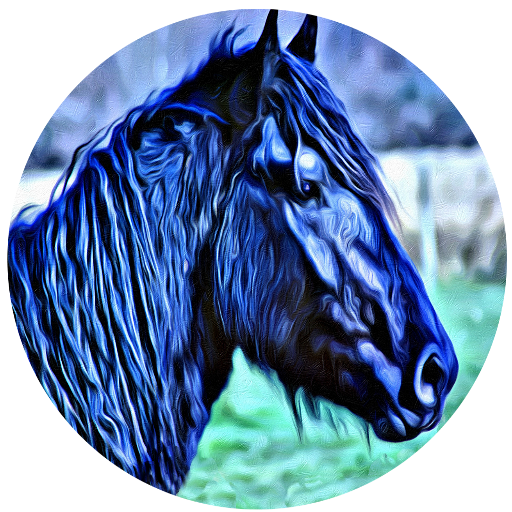 See our testimonial page and what our clients have to say about us and our brand of coaching. Click here.

Think of a “Self-knowledge, Emotional Intelligence & Intuitive Awareness” coach as an expert problem solver. There are essentially three types of awareness: emotional, psychological or intellectual and physical. The fourth one is spiritual awareness but it only manifests when the first three are aligned. Spiritual awareness is not at all religious in essence but rather the consciousness that “something” is here watching what is happening on the stage of life.

By asking the right questions and looking where you have not looked before, you become aware of these three awareness potentials. For instance, you bring a behavior, a spirit and an emotional attitude everywhere you go. You also bring a confidence and a truth about those behaviors. They tell the other an unbelievable amount of detail about how you approach life, others and what you do.

“Self-knowledge, Emotional Intelligence & Intuitive Awareness” development offers you a new palette of skills to work from and bring to the table. People sense it in the frequency of your behavior. It begins with your specific situation. What are you looking for that is missing or absent? What do you imagine will make a difference for you? Is it financial? Personal? Inspiration? Professional? Change? Your job? Your company? See a list of great questions to get inspired... Click here!

Let us help you leverage your potential energies to generate a quantum in “Self-knowledge, Emotional Intelligence & Intuitive Awareness”.

We are a husband and wife team and partners dedicated to individuals and companies thriving with genuine confidence in the years to come.

We combined our respective extensive backgrounds in coaching to create a cutting-edge, practical and simple approach. Whether it is to create, innovate or simply to live life more fully, self-knowledge and self-awareness are at the very heart of growth and development and reaching our potential.

How to Book A session

Human beings typically organize their behavior as a function of the situations they are in. Our overall demeanor at a bar is different than at work, at home with our children or while giving a speech at a University. Seldom do we realize that it is the milieu that controls our behavior patterns, not the behavior itself.

The milieu, situations and the overall circumstances of our lives act as very powerful behavior organizers and modifiers. I have broken down milieu into five potent parts. In my view, there are five main areas that affect behavior and emotional life instantly and radically. They are:

It becomes truly fascinating and very entertaining when subconsciously they get interchanged. For instance, the employee who thinks he’s the boss, the mistress who thinks she’s the wife, the daughter who parents the mom, the thief who behaves like the wronged party, the head of the team who flirts with clients, many professional and personal conflicts come from wrong, confusing or inappropriate role assignments, etc.

A Cutting-Edge Approach to Living with Confidence as Yourself

We are passionate about finding the music between the notes of your "personal brand" or the space between your original vision and where you are now. If we dare to look with courage and start right where we are, then the intended promise and vision of our life will begin to manifest or resurface. We love to call it "living in the wow of our lives."

After three decades of coaching professional acting, public speaking, voice power and business communication, we have arrived at yet another crucial quantum for the new decade. Self-expression and personal development have been at the heart of our approach. We are thrilled to share it with you explicitly.

"I (Eric Stone) have always been fascinated by trends. In 1990, when I first began training actors, performers and voice artists there was still an incredible demand for superior training from performing artists. Everyone knew how invaluable it was to have a good coach in your corner AND how important it was to spend at least four or five years with a teacher, in order to get in touch with your talent and compete for jobs. Al Pacino, Gene Hackman and so many others, including myself, spent years and years with Lee Strasberg, Uta Hagen and the handful of amazing teachers that were still alive in New York in the 80's."

"By 2010 the fast-food culture was such that your average student barely spent a couple of months with a coach…and it was true for all coaches in LA or New York. Acting training was basically for losers. Of course, it wasn’t true but people follow trends more than anything else.

In 2003, when I created Speakers and Artists International, Inc., the demand for quality and innovative public speaking training was unbelievable. Naturally, as technology and globalization expanded, everyone wanted to look good and sound good. It was an amazing ride and business exploded! So many companies and individuals took their training very seriously and it showed."

By 2016, the “thrill was gone, baby!” Things had become so much less formal with YouTube and the likes. The trend caught on and by 2020, it wasn’t so dramatic if you didn’t sound polished (so the cultural trend says). The times have a way to cover up the lack of skills, proper diction and talent. Of course, if you are really smart you will at least try to become better at speaking or communicating but you are fighting trends that tell you otherwise. Complacency sets in very fast if you don't know your limitations and do not continue to grow or innovate!

Since the crash of 2008, it seems everyone is on the run, and culturally we “trend” not to focus on things that just a few years prior, were deemed essential. Fickle, fickle, fickle we are collectively.

Innovation must stay alive to survive. We are self-knowledge and emotional awareness coaches. We are in the business of empowerment and personal devlopment. Therefore, we must pay close attention to trends and what is going on in the world. Example: if only Nokia had paid attention to what people were going to trend towards, perhaps they would not have died so suddenly after years of owning 95% of the world’s cellular phone market. In 2007, when Apple introduced the iPhone, it was all over. It was devastating!

With a healthy sense of humor, we call ourselves "spirited innovators" constantly reinventing ourselves in the now of our lives. We see the world as a "new stage", which is a powerful metaphor and a fresh terrain for transformation.

The world is changing at the speed of light, and people have to keep up. Self-reliance is rapidly becoming the new context for thriving successfully after 2020. We are convinced that the empowered individual is the key to the future. Independence and autonomy as well.

Navigating is easier with a GPS.

Change Your Perception Through Self-Knowledge

If you do not have yourself, how can you possibly feel the confidence and lightness to create meaning in your life? We are two people who find it disturbing that so many individuals, couples, families and companies are doing relatively well on the surface but at a very high cost. Examples are irritation, exhaustion, frustration, stress, anxiety, doubt or confusion, health issues, etc. We are sensitive to the frequency of their frustration, anger, bitterness and disappointment.

It is the manifestation of a disconnect, a sort of modern acceptable lie: not finding satisfaction and the expression of that satisfaction. What a cruel joke in the face of so much potential! We are busier and busier and never seem to embody and feel the magic of being alive.

Mutation is always born out of limitations.

It is an absolute. We are often too busy bitching about limitations instead of embracing them as the true treasures of our next quantum growth. The fish could not exist on land without a mutation and that problem was solved through limitations, which are indeed incubators for quantums. For instance, Neanderthals had the bow but never invented the arrow. Cro-Magnons was another mutation and they did invent the arrow, while Neanderthals disappeared really fast.

Limitations are the prerequisites for transformation, and it also represents an absolute. Unfortunately, we are not properly educated in this sort of “occult knowledge” and we usually see limitations as insurmountable problems or a reason to feel disappointment or frustration. Think of the Wright brothers, Orville and Wilbur, the two American aviation pioneers inventing and flying the world's first motor-operated airplane out of unthinkable limitations.

What is an absolute?

Along with being students of trends, we are also a students of absolutes. Not everything in life is an absolute, like gravity or Earth’s rotation and revolution around the sun. You may argue that they are relative absolutes but for now, it’s fairly wise to accept the notion, wouldn’t you agree? Conversely, to assume that you know what is going to happen to you or in the world tomorrow is not an absolute. It is a foolish speculation at best, and the same goes with the stock market. There are still too many of us who confuse speculation or hope with reality. In matters of personal growth and development, certain fundamentals rule as well. Concerning public speaking and matters of thriving in the world, there are essential absolutes at play. We got into the habit of calling them dynamics; some are visible and some are not.

For example, you cannot communicate well if you listen to your mind instead of your intention to get your message or feelings across. It is true in any circumstance. It represents an absolute and any attempt to stray spells disaster instantly. As examples, acting, painting and singing are ruled by the same absolute principle. Hence, the famous “get out of your head” slogan.

Said with some humour, absolutes are not to be messed with, or you will pay an enormous price. They survive trends as well. What we love about absolutes is that they are not moral in any way. Here’s another example: all living things must mutate to survive; it certainly includes enterprise as well as individuals. Any relationship or partnership that does not adapt to change and does not constantly innovate simply falls off the cliff of progress into the hungry abyss of none existence.

We are people who begin with an individual vision. Without that vision there is no chance both inward or outward. The behavior and embodiment of a vision is the bedrock of Quantum Design Mechanics of empowerment. An individual, a couple or even a team has to be empowered through a clear vision. It is the frequency of a synthesized vision that reaches others.

An individual or a company without vision and transparency simply stops being creative.

Feel free to connect with us go to our contact page.